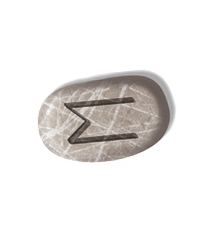 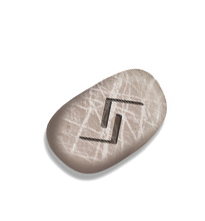 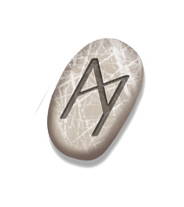 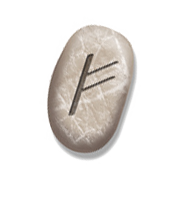 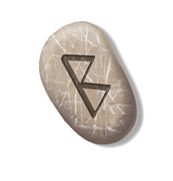 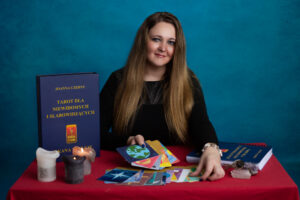 Tarot is one of the oldest and most advanced card decks in the world and was once used for playing a game named Tarock. Nowadays, Tarot is mainly used for divination purposes. The very first record of Tarot comes from the 15th century, although the exact date of its creation has not been defined to this day. As of today, there are many decks of Tarot cards on the esoteric market, which differ mostly in the author’s interpretation, the way of presenting the message of individual cards and graphic designs. On the market within this field, we have a rich variety of Tarot card decks, but never before have they been dedicated to meet the needs of blind people. Although almost 200 years have already passed since Louis Braille created the alphabet for blind people in 1825, it was only in 2020 that Joanna Czerny, a Polish tarotist, released her original deck of Tarot cards for the blind and visually impaired. She made that happen being the only originator, author and publisher of the entire project. 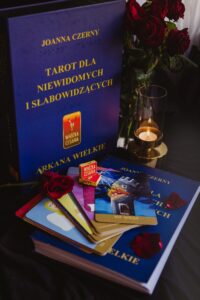 The process of creating this amazing deck of cards took 1.5 years. The author had carefully thought out the whole procedure of developing the product, paying special attention to the integrity of the graphics and the printings on the cards. She also successfully put the product in practice and made sure of its reliability by observing the deck being read by people with limited vision. This way the first and only deck of Tarot cards in the world that is well-adjusted to the needs of people with limited vision was created. It is able to break down cognitive barriers and invites the partially sighted to the world of Tarot for the first time in the history of this esoteric art. The product is unique and high-class. Its production and format had been thoroughly planned to meet special needs of the blind with the aid of intended writing system and techniques. 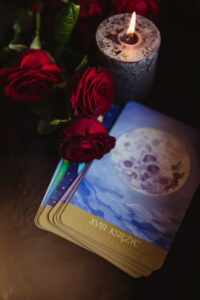 Tarot for the Blind and Visually Impaired consists of 22 cards of the Major Arcana. In its production, both typhlographics (specialized convex graphics for the visually impaired) and traditional graphics were used. Additionally, transparent printing with Braille characters as well as standard English was applied. The graphics of individual cards were designed in the form of symbols. As for the interpretation of the meaning of each card, it is explained in the book, which works as a guidebook and is also included as an integral part of the set. Its purpose is to invite people to learn Tarot, which is why it was written in a very legible way. The book introduces the reader to the journey of the Fool, being the first Tarot card in the set, and accompanies him through all stages of his life, leading him finally to The World. Moreover, the content of the book explains step-by-step the general meaning of each card. The description of each card consists of information categorised in: season, positive meaning, negative meaning, description of a person and place, love & relationships, work and finances, health, advice and the description of the symbol on the card. What is more, the set includes an audio version of the book. Tarot for the Blind and Visually Impaired is available in two language versions: Polish and English.

This deck can also be used by sighted people, as its specification is not imited to the visually impaired, which is what makes it so original. The product breaks the barriers of common thinking that Tarot is only intended for the sighted and offers knowledge to everyone. For the first time in history, the door of Tarot opens to people who have not been able to see it before. With all the possibilities that are offered by the newest technologies, and the idea of the author that everyone, without the exception of the partially sighted, should be able to feel and read Tarot freely, this magical deck could be created. It is extraordinary in every way, but mainly offers blind people the opportunities that they did not have before. It primarily gives a chance to develop new passions and interests, but also a sense of equality with other Tarot players and tarotists, and perhaps could even be a work tool for someone in the future.
Tarot for the Blind and Visually Impaired will, without any doubt, revolutionize the esoteric market and contribute to developing the esoteric industry, which is constantly growing and now can increase by a group of new active tarotists, that being the blind and partially sighted people.